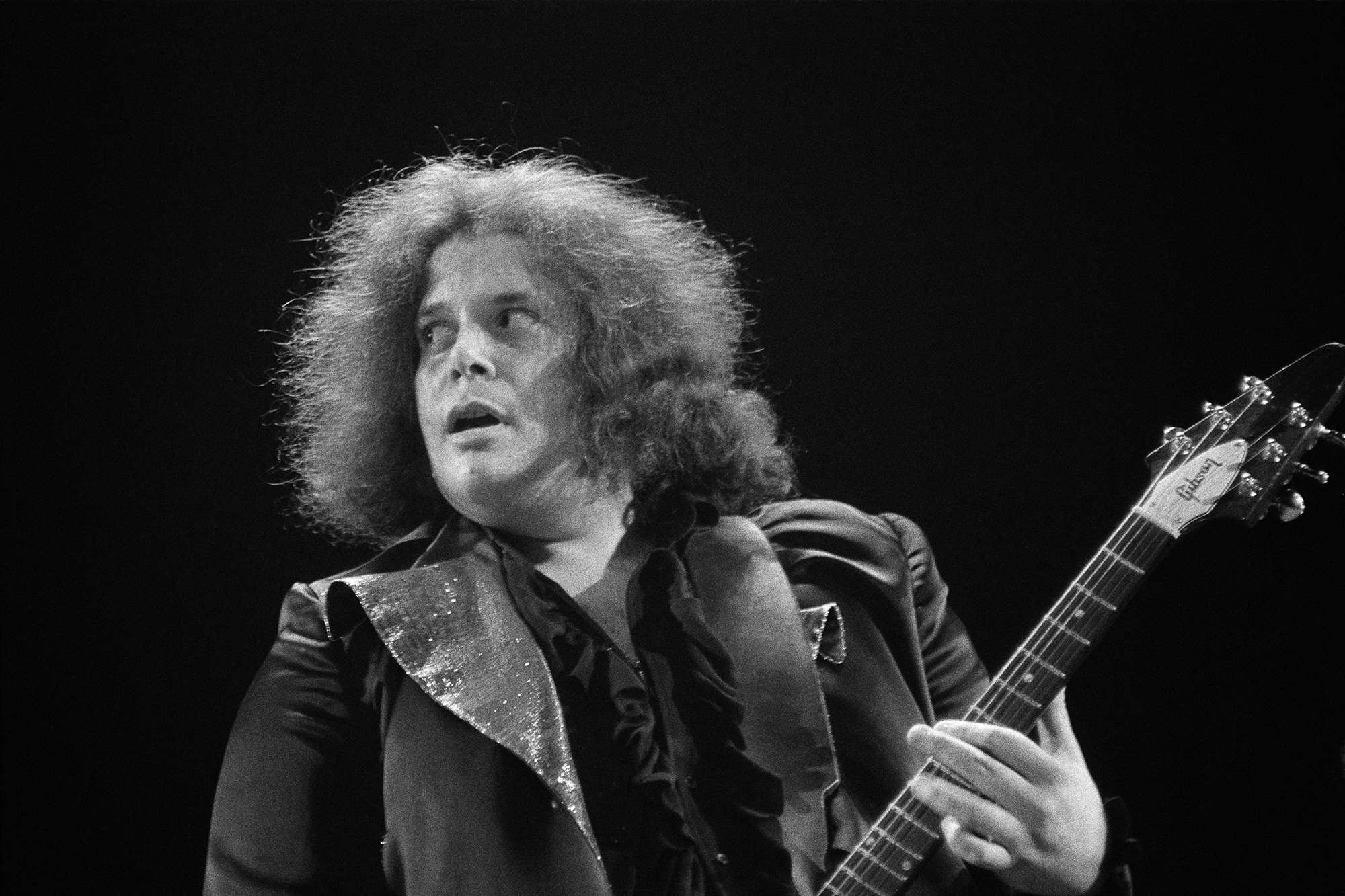 The Mountain has fallen.

Leslie West, who kicked out towering jams (with a towering hairdo) in foundational classic-rockers Mountain, has died at 75, his publicist confirmed to The Post.

On Tuesday, his brother, Larry West Weinstein, wrote on Facebook that West’s heart stopped and he had been put on a ventilator, according to the LA Times.

He is survived by his wife Jenni Maurer, whom he married onstage at a 2009 concert commemorating the 40th anniversary of Woodstock.

West laid down authoritative guitar riffs and chesty yowls in Mountain, a thundering power trio rounded out by Felix Pappalardi on bass and Corky Laing on drums. The band’s contribution to the canon was the archetypal “Mississippi Queen,” a growling blues-rock number featuring pounding cowbell that went to No. 21 on Billboard’s Hot 100.

Burly New York native West cut an imposing figure onstage, with his eccentric outfits and a Gibson that appeared tiny in his hands. While the group shared its name with his first solo album, he joked that the trio was dubbed Mountain “because I was so fat” and later named a solo record “The Great Fatsby.”

One critic even called him a “300-pounder dressed in blue velvet, suede and snakeskin” in a concert review, according to Rolling Stone.

The group played a set at the era-defining Woodstock festival, where West “had the most amplifiers of anybody there,” he recalled to Rolling Stone in 1989. Mountain disbanded in 1972, but West continued to play with Laing, subbing in Cream bassist Jack Bruce for Pappalardi. He re-formed Mountain in 1974 and continued to play with different variations of the band for the next decade after a stalled solo career (based on the aforementioned “Fatsby”).

Like many rockers of his era, West struggled with drugs; his choice was heroin. His weight was an issue, too, and in the 1980s he was diagnosed with diabetes and lost the lower half of his right leg to the disease. Along the way, he added “actor” to his CV, appearing in 1973’s “Family Honor” and 1986’s “The Money Pit,” and also became close friends with Howard Stern, notching repeated appearances on the show.

His music also garnered a surprise second act from the hip-hop community via the tune “Long Red,” which was sampled by De La Soul, The Game, ASAP Rocky, Kanye West and Jay-Z (for the fellow New Yorker’s most rocking song, “99 Problems”).

”There was something about that song that appealed to rappers,” West told Blues Blast magazine in 2015. “I’ve got six different platinum albums on my wall from all these different guys sampling my stuff.”

West was revered by his musical descendants. Twisted Sister’s Dee Snider tweeted that West was “one of the founding fathers of heavy metal” and Rolling Stone noted that recently-deceased guitar hero Eddie Van Halen hailed West as one of his early influences in 2011, calling the big man’s guitar tone “incredible.” And no less a rock authority than Dave Grohl recently covered “Mississippi Queen” for his virtual “Hanukkah Sessions” series.

West, who never really stopped his output, releasing albums all through the 2000s, with his most recent in 2015, remained a quick wit who was great with a quote into his later years. He told Page Six in 2007 that his new label was called “Big Rack Records” “because my fiancée has a nice, big rack.”

“There’s no drugs for me,” he added, comparing 2007 to his glory years. “Most of the stuff that happened back then I don’t remember.”