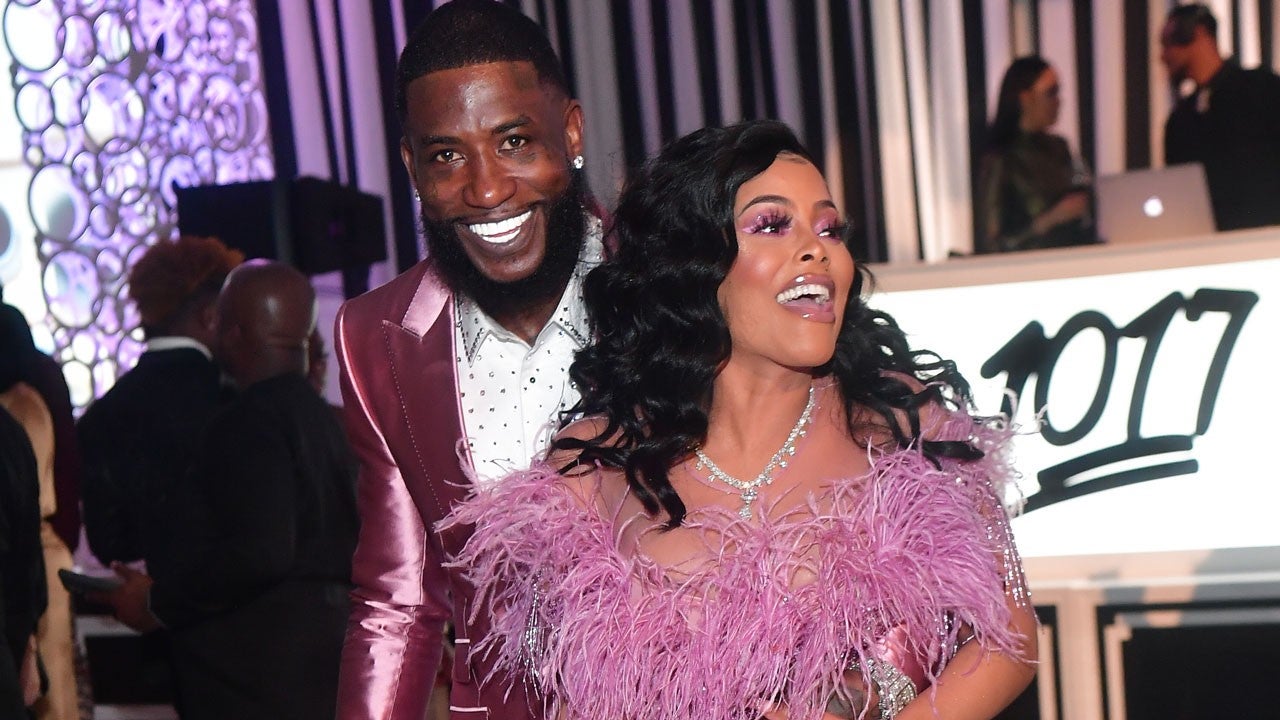 Gucci Mane and Keyshia Ka’oir have already received the biggest Christmas present ever and it even came a bit early! It is, of course, their bundle of joy!
That’s right! The couple welcomed their first baby together earlier today and they cannot be any more excited about it!
Serena Williams’ Hubby Alexis Ohanian Posts Sweet Anniversary Message And Never-Before-Seen Wedding Pic! »
Ka’oir took to her go-to platform to share the great news and even revealed the name!
The new mom posted a couple of gorgeous maternity pics of herself in which she put her baby bump on display.
Drew Barrymore Raves About Her 2 Decades-Long Friendship With Lucy Liu And Cameron Diaz As They Get Ready To Reunite On Her Upcoming Show! »
In the caption, she wrote: ‘He’s here!!!!!!!!!! ICE DAVIS 🧊 12/23/20 7 lbs #ThankYouLord. OMG he is sooooo darn CUTE and PERFECT👶.’
While the new parents are yet to share a pic of the newborn, there is no doubt that the baby boy is, indeed, a cutie!
Chris Brown ‘Proud’ To Show The World He’s In Love With Ammika Harris – Source Says He’s Really Attracted To Her! »
Gucci Mane shared the news on his own platform as well!
Alongside one of the two pics that Keyshia also posted, he wrote: ‘My wife just gave me a 7 lb 1 oz baby boy and his name ICE DAVIS 12/23/20 thank you MrsDavis ❤️🏹🥶 he is here!!!!!!!’
The two first told their fans that they were expecting their first child together back in August.
At the time, Mane posted a snap of Ka’oir looking gorgeous in black lingerie, her growing belly being outlined by straps and some lace.
Alongside the photo, he wrote: ‘My wife’s pregnant my life is great @keyshiakaoir ❤️🔥🥶.’ Such a simple and to the point announcement!
Then, last month, the couple posted some pics from their blue-themed baby shower and that is also when they told social media they were going to have a son!
‘We got a lil baby boy on the way @keyshiakaoir 🥶,’ Mane wrote at the time, prompting his wife to also share the news on Instagram, writing: ‘It’s a Boy💎 #LilGuwop.’
The couple tied the knot in 2017 and it was all documented for their Gucci Mane and Keyshia Ka’oir: The Mane Event.
Advertisement