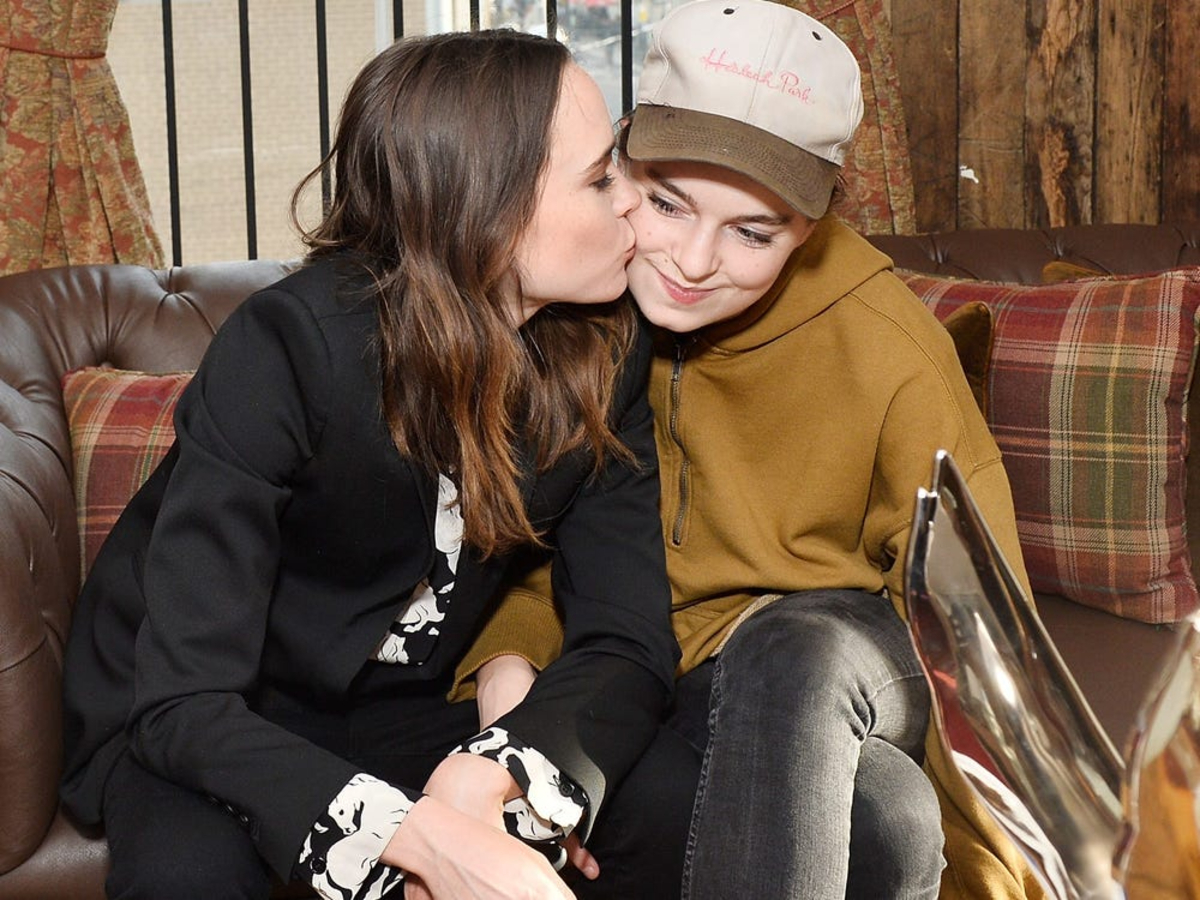 Fans are concerned that Elliot Page and Emma Portner are being cyberbullied since Elliot revealed his gender to the world. On December 1, 2020, Elliot Page (formerly known as Ellen Page) shared a post where he announced he was living his authentic life and would use the pronouns he/him and they/them. In the message, Elliot spoke about the bullying he expected would come his way. Elliot has been married to Emma Portner since 2018 and on Tuesday, December 22, 2020, Emma suddenly deleted her Instagram account. Now many are asking if the rude comments that have been left on both Emma’s and Elliot’s social media pages are the reason for the deletion.
The deletion of Emma’s account comes after she publicly supported Elliot’s bravery and decision to come out as transgender. As of Tuesday afternoon, Elliot Page’s Instagram account was still online.
When Elliot made his announcement he expressed his joy as well as his fear — including fear of violence. Elliot stated the following.
My joy is real but it is also fragile. The truth is, despite feeling profoundly happy right now and knowing how much privilege I carry, I am also scared. I’m scared of the invasiveness, the hate, the “jokes,” and the violence.
You may see Elliot Page’s full gender announcement in the photo below.
Source: Elliot Page/Instagram
It is unclear what caused Emma Portner to delete her Instagram account. Maybe it is the “invasiveness” that Elliot spoke about in his post. Maybe it is the negative, cruel, and hateful comments that some people continue to spew.
Emma publicly declared her support for Elliot and responded to the initial announcement by saying: ‘Love you so much Elliot.’
When Elliot shared  his first public photo on Instagram since making his announcement he wrote: ‘See you in 2021.’
It is also possible that the couple planned to take a break from social media until the new year.
Since Emma and Elliot are in the public spotlight and Elliot publicly announced his transgender journey, some fans are worried that cyberbullying and hate are the real reasons Emma deleted her Instagram account.
Advertisement

Charisse Van Horn is a freelance writer from Tampa Bay. She enjoys writing about celebrities, entertainment, and fashion. Any reproduction of this article outside of Celebrity Insider will be met with legal action by the writer.