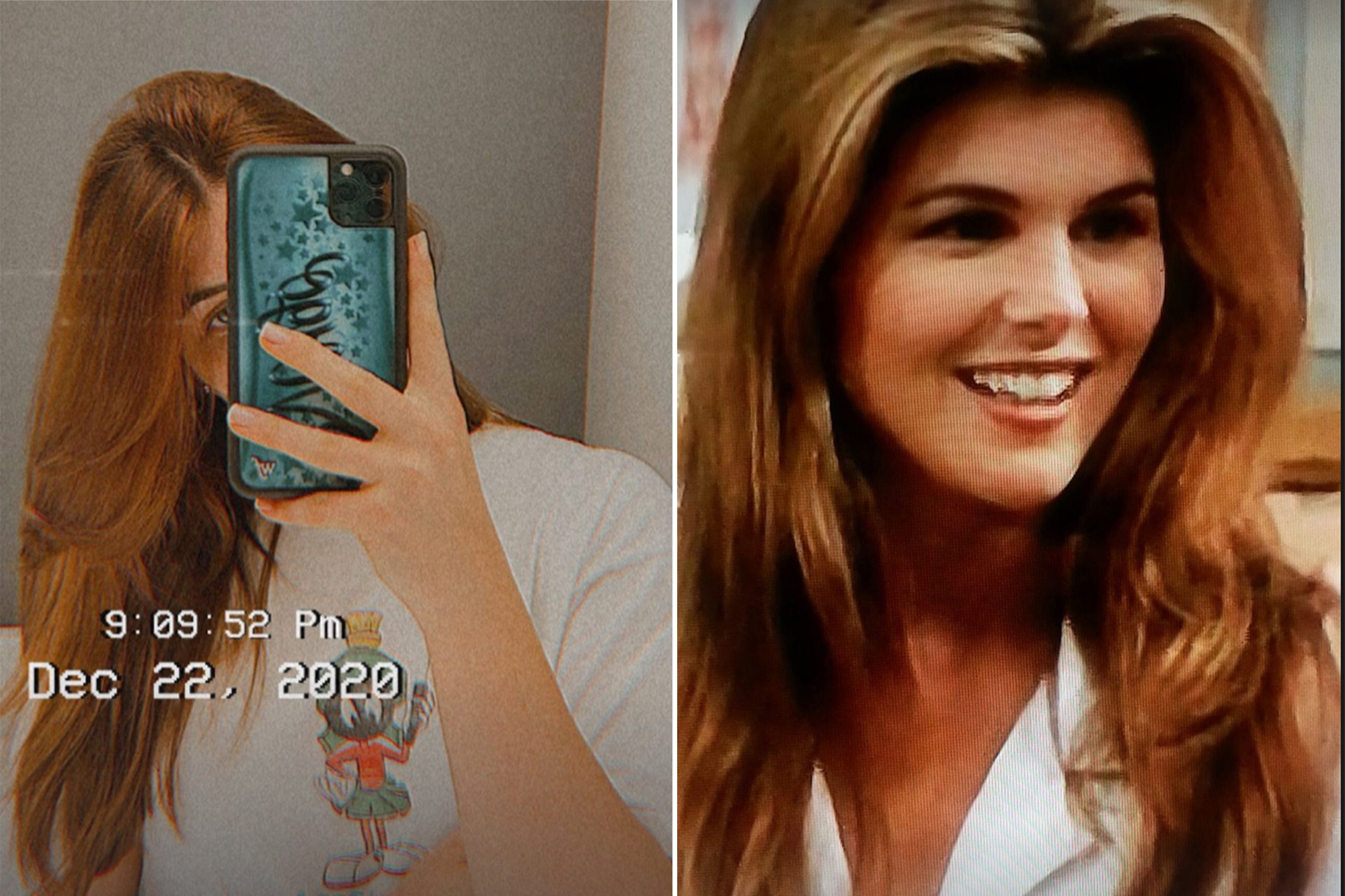 Aunt Becky has a mini-me.

While Lori Loughlin, 56, serves a two-month prison sentence for her involvement in the college admissions scandal, her eldest daughter, Isabella “Bella” Rose Giannulli, debuted a new hairstyle inspired by her mom’s old ‘do.

Giannulli, 22, took to her Instagram Stories on Wednesday to share a mirror selfie showing off her long, layered auburn hair — a change from her previously pink locks.

She then posted a photo of Loughlin sporting a similar style while playing Aunt Becky on the ‘90s sitcom “Full House.”

Loughlin and her husband, 57-year-old fashion designer Mossimo Giannulli, both reported to prison this fall after pleading guilty to conspiring to pay $500,000 for their daughters to get into the University of Southern California. While the sisters applied as rowing recruits, neither had ever competed in the sport.  Following the scandal, both daughters dropped out of USC.

Giannulli’s throwback haircut comes after her 21-year-old sister, Olivia Jade Giannulli, broke her silence about the scandal on Facebook Watch’s “Red Table Talk” in November. Olivia Jade spoke about her “privilege,” and said she felt “ashamed and embarrassed” over the ordeal.

Loughlin may see her daughters in person soon, as there’s a chance she could be released from prison before Christmas. Her husband is currently set for release on April 17, 2021.

In the meantime, Bella Rose Giannulli was spotted hanging out at a five-star resort with friends in November, Page Six exclusively reported.