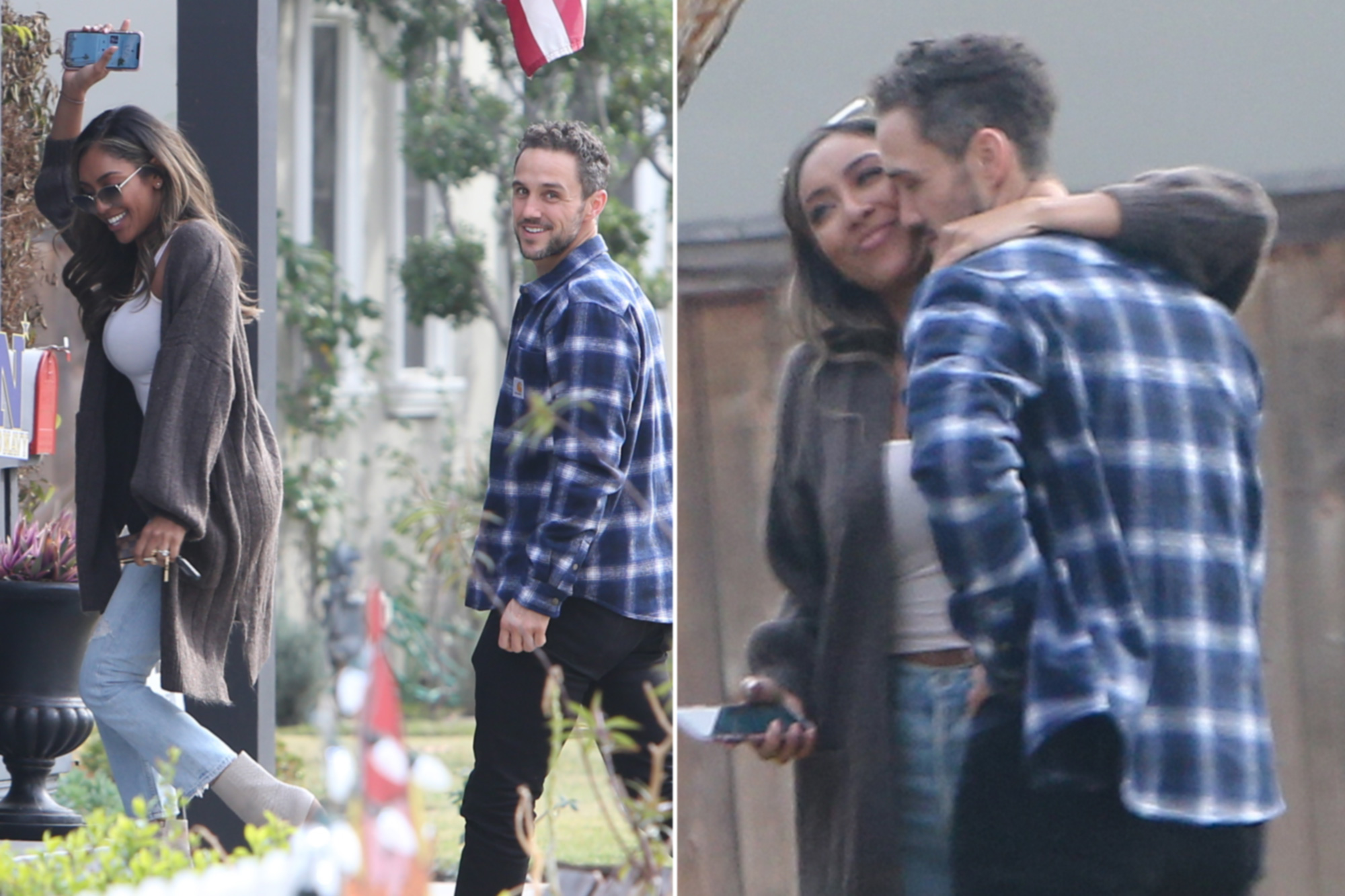 (They say meeting the in-laws for the first time is a big deal, but really, it all comes down to the first time you have to fit a couch through a doorway together.)

In the photos, Adams and Clark wave to photographers, do some light smooching and pal around with Adams’ dad Desmond — all in a day’s work.

The historic moment came a day after the finale of the show’s fraught 16th season. This year saw Adams get subbed in for Clare Crawley, who exited the show after making no bones about the fact she fell quickly for former NFL player Dale Moss and accepted an early proposal from him. (Crawley and Moss bestowed their blessing on Adams and Clark Wednesday.)

Clark, 36, and Adams, 30, explained Wednesday that they’re “just going to date each other” for the conceivable future, with no wedding plans as of yet. California native Adams also said she plans to be “bi-coastal” going forward; New Jersey native Clark works in New York and the couple announced their move to the Big Apple by driving off in a cardboard taxi at the end of the finale.

“I’ll have my place [in California], and I’m looking forward to spending some time in New York with him,” Adams told “Good Morning America” Wednesday.

Coincidentally, they’ll be sharing the city with Crawley and Moss. Moss was spotted house-hunting in Manhattan in November, and the couple have also been snapped performing such hallowed NYC traditions as checking out Christmas trees and shopping at Tiffany’s.